Gesamtkunstwerk of post-war modernity: Despite the conservation of historical monuments, the signs are a bad sign for conversion of Tegel Airport.

Tegel, that was never just an airport. Tegel, that was always Berlin’s little gate to the wide world. Tegel is the darling of the Berliners and incidentally a unique Gesamtkunstwerk of post-war modernism. But in the coming autumn go out in Tegel the landing lights, provided Berlin’s breakdown airport BER really launches.

At the end of flight operations, Tegel’s large-scale transformation into the Urban Technologies Research and Industrial Park begins. Affected by this is also the heart of the old airport, the hexagonal terminal. It will become the new headquarters of Beuth University. There, where today still more than 20 million passengers are handled annually instead of the once predicted three million, should then move to university life.

Officially opened in 1975, Tegel Airport is today regarded as one of Berlin’s most significant contributions to European post-war modern architecture. From the lettering of the concrete brutal parking garage to the glass-covered main hall, it forms a grand total work of art in one piece. Half a century ago, his architects Meinhard von Gerkan and Volkwin Marg (GMP), as well as Klaus Nickels, helped to shape it down to the very last detail.

So it was high time that Berlin’s historic preservation finally put Tegel under protection. Finally, the iconic terminal was built unrestrained for years under the ever-increasing usage pressure and drove badly on wear. But underneath it is still a unique pearl. “Tegel, this is the airport of short distances,” enthuses Meinhard von Gerkan, who turns 85 in January, still today on the Tegel concept.

A child of late modernity

Tegel was designed as a “drive-in” with decentralized clearance. Ideally, the distance from the taxi to the check-in to the seat on the plane is not 50 meters. Record-breaking! Behind this is the now almost touching vision of an accelerated high-tech society.

But the concept of short ways had a crucial shortcoming that it shared with open society and its permeable architecture. It did not provide for personnel-intensive security controls that were unavoidable in the age of terrorism and hijacking.

A child of the late modern age, under the gray paint of later years, the forms and materials of the seventies still stand out. Bright red and squeaky yellow presented check-in counters and seat shells. And the directional system glowed in pop art style in bright yellow and grass green, the signs, of course, with rounded seventies-years corners. Pure contemporary document, including the grooved red Terracottafußbodens, which is now covered by a rollkofferkompatiblen stone floor. Anyone who wants to settle down today in one of the legendary Berlin Chairs that Gerkan has designed for the VIP Lounge must dig deep into their pockets in the designer shop.

The most beautiful was the airport in its first years when the number of passengers was less and the space was not so big. At twilight, the visitors sat in the big concourse, which is barely recognizable under the later installations in Terminal B.

From the ceiling hung the colorful fluorescent tube sculpture of the Greek-American artist Chryssa, while the lights of the aircraft flashed in front of the mighty slanted windowpanes. So one dreamed out of the walled city into the distance.

There was no open competition for the planned conversion

Christine Edmaier, President of the Berlin Chamber of Architects, recently spoke at a discussion event at the Berlin State Heritage Council about the future of Tegel. Apparently rightly so. Because despite the conservation of historical monuments, the signs are bad for a monument-appropriate conversion of the Berlin architectural icon. Upon request, both the Berlin building administration and the planning architects agn Niederberghaus & Partner provide no information on the state of planning.

In Berlin, it seems to be difficult again. This starts with the fact that there was no open competition for the planned conversion. It was much braver in 1965 when the newly graduated architects Gerkan, Marg, and Nickels secured the contract.

It is also incomprehensible why Terminal B is being redesigned by other architects than the central hexagon. Why is this not the future of this spatial and aesthetic unity being designed from a single source?

In the current planning, not only the demolition of passenger boarding bridges is planned. The peripheral internal right of way on the first floor should also disappear. From there, the building will be opened today.

The goal is to bring the building “to earth” for the new use by the massive intervention, in order to gain there an additional floor, where today parking spaces and airport uses are housed.

Inside, too, massive changes are imminent. So it is discussed to remove the upper tour in the terminal hall. Once thought to be a transit connection between the piers, it is used, among other things, for waiting areas and lounges.

No question, a reuse of the terminal is not possible without interfering with its previous architecture. But that must not be directed against the architectural DNA of the monument Tegel. 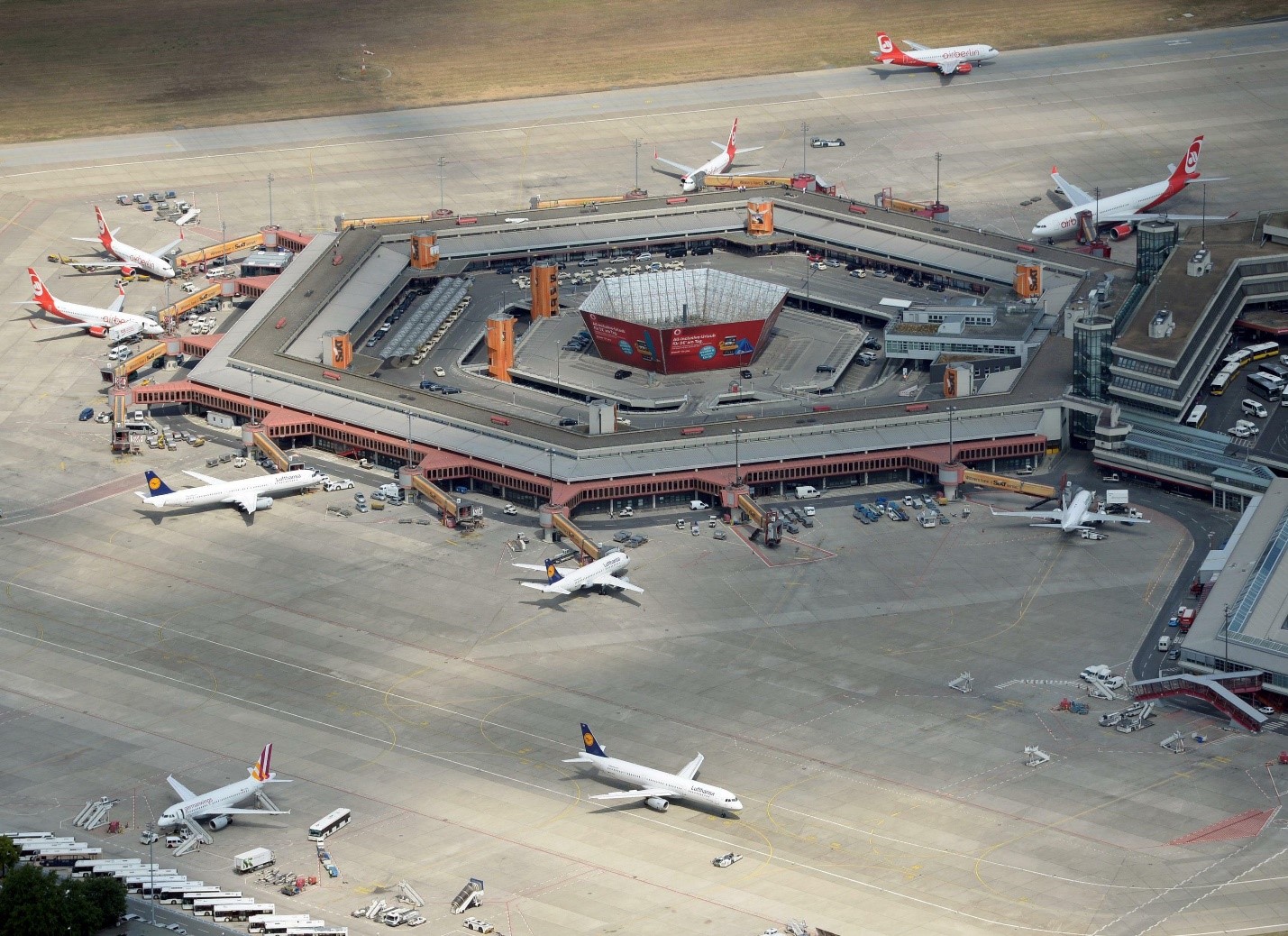