The ice sheets of Greenland are melting and have already significantly increased the sea level. By 2100 it could be 20 inches more.

The increasing speed of ice melt in Greenland has caused the sea level to drop by nearly 11 millimeters … PHOTO: IAN JOUGHIN / UNIVERSITY OF WASHINGTON / DPA

The melting ice sheets of Greenland have made the global sea-level rise already by 10.6 millimeters since 1,992th This is shown by the results of a comprehensive study based on 26 different satellite measurements.

Between 1992 and 2018, about 3800 billion tons of ice had melted and flowed into the sea, writes a group of 96 scientists from 50 international organizations in the journal Nature. If the trend continues, the melting Greenland ice could contribute about 20 centimeters to sea-level rise until 2100.

Carbon leakage, climate change, sector coupling: The briefing for the energy and climate sector. For decision-makers and experts from business, politics, associations, science, and NGOs.

So far most complete picture of the ice loss of Greenland

The satellite data presented by the team of Andrew Shepherd of the University of Leeds (UK) and Erik Ivins of the NASA Jet Propulsion Laboratory in Pasadena, California, are based on three different methods: the height of the glaciers, their flow velocity, and gravity, the researchers combined the data using different models, such as soil elevation due to decreasing ice load or mass balance on the ice surface. They created the most complete picture of Greenland ice loss.

The series of measurements shows the changes since the beginning of the 1990s. From 1992 to 1997, there were about 18 billion tons of ice, which flowed into the sea every year. From 2012 to 2017, about 239 billion tons of the ice sheet melted every year – about 13 times. In between, the rate was even higher, with a peak in 2011, when 335 billion tons of ice melted away. Changes in atmospheric pressure over the North Atlantic have weakened the loss since 2012, write Shepherd, Ivins, and colleagues.

Sea level could rise by 20 centimeters by 2100 alone, due to melting Greenland ice

About 52 percent of the ice loss comes about through the melting of the ice surface and the out flowing melt water. The remaining 48 percent comes from the increasing flow speed of the glaciers and the increased calving at the sea. Overall, the melt is moving in the area of faster global warming, which the IPCC published in its 2014 forecasts. With ongoing development, the melting Greenland ice could contribute about 20 centimeters to sea-level rise by 2100, the team writes.

“According to current trends, by the end of the century, the melting of ice in Greenland will cause 100 million people to flood each year,” she said in a statement from his university. A total of 400 million people would be affected, even if the loss of ice in the Antarctic be considered. The Greenland ice is equivalent to only about twelve percent of the Antarctic ice but melts slower. If all ice from Greenland disappeared, the global sea level would be 7.4 meters higher.

Guofinna Aoalgeirsdottir from the University of Iceland in Reykjavik, which was not involved in the study, expects a further increase in ice loss in 2019. The lead author of the next IPCC report observed stronger glacial melting in Iceland this summer than in previous years. “I would expect a similar increase in mass loss in Greenland in 2019,” she says, according to the University of Leeds. 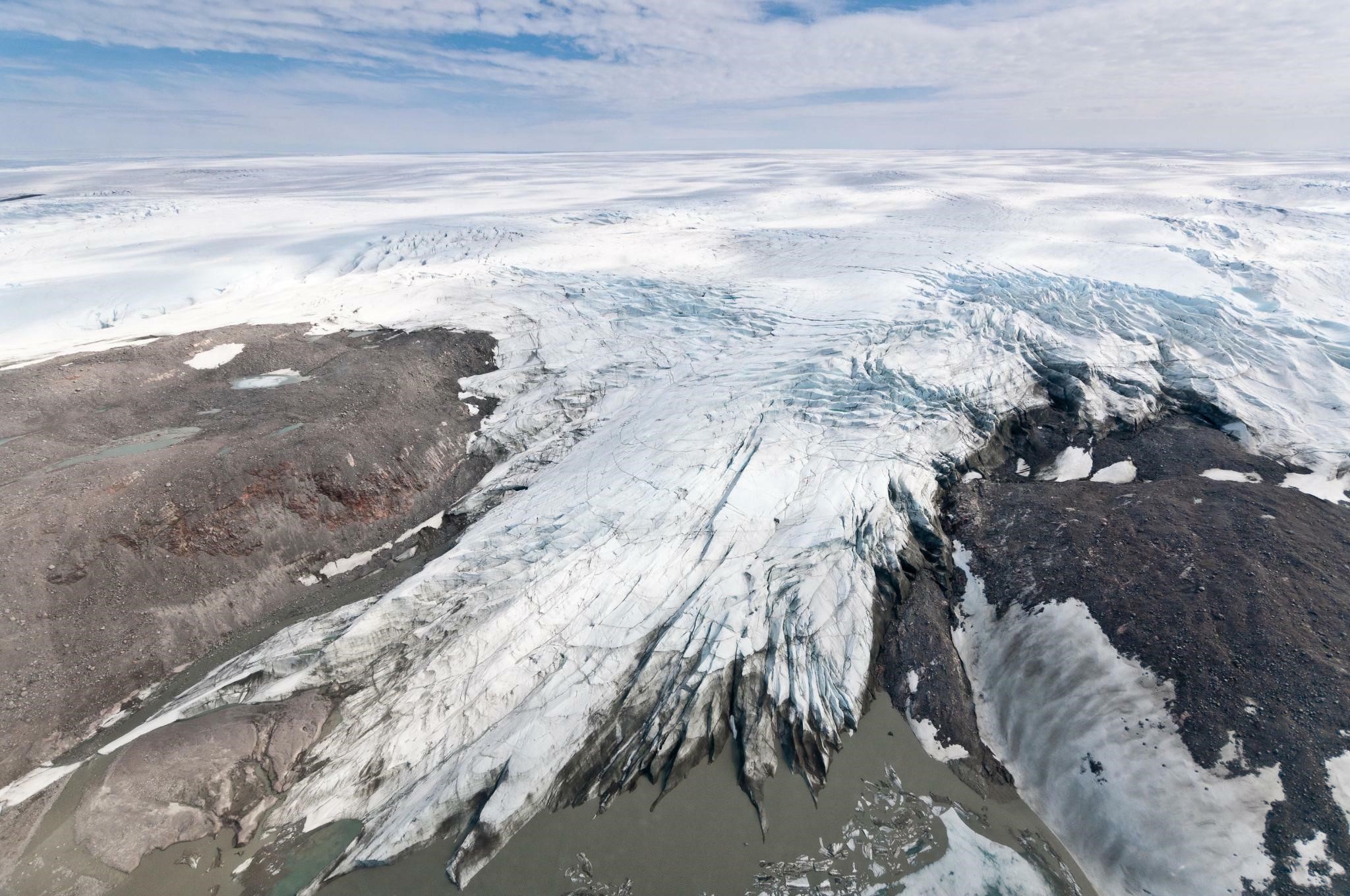