The molecular biologist Max Delbruck was one of the most important Berlin scientists. 50 years ago, he received the Nobel Prize in Medicine – and donated it.

Max Delbruck 1960 at the California Institute of Technology. PHOTO: COURTESY OF THE ARCHIVES, CALIFORNIA INSTITUTE OF TECHNOLOGY

Actually, Max Delbruck was the whole attention to his Nobel Prize ceremony on December 10, 1969 suspect. His performance is comparable to that of many other scientists, said the researchers. And who finally gets the price is always coincidence.

This modesty should not hide the fact that Max Delbruck was a great scientist and an important son of this city. Throughout his life, the physicist has attempted to reduce complex problems to simple models and principles in order to better understand them, thus creating a whole new scientific discipline – molecular biology. It is no coincidence that the 1992 newly founded Max Delbruck Center for Molecular Medicine (MDC) Berlin-Buch in the northeast of Berlin was named after him.

At the beginning of the 90s, I followed in the footsteps of Max Delbruck (1906-1981), made his connection to Berlin, met scientific companions and visited his wife Manny in America. It became clear that Delbruck lived models that are still important to researchers to this day: true interdisciplinarity that opens up new perspectives. Science as a creative, transparent process. The conviction that science must remain free and independent from political influence, but that it can not escape its responsibility towards society.

The house of Delbruck – the historian Hans Delbruck and that of Carolina Thiersch, the granddaughter of the chemist Justus von Liebig – was a meeting place for famous scientists and intellectuals. The Harnacks reversed here, the Bonhoeffers belonged to the circle and discussed politics, history, art, and science.

At night at two a loud alarm

Max Delbruck, the youngest of six siblings, sought a niche that occupied no one else: the natural sciences. As a boy, he liked to set a loud alarm clock at two o’clock in the morning, then sneak through the parents’ bedroom and watch the stars on the balcony through a telescope. Kepler was his idol. The mother sewed a particularly warm dressing gown for the boy.

It drew him to astronomy – and to theoretical physics, at least since he was able to witness a scientific revolution in Gottingen: Werner Heisenberg and Max Born developed the theory of quantum mechanics.

Inspired by this spirit of optimism, Delbruck conducted research in the field of quantum electrodynamics, first in England, then in Switzerland and Denmark. There, in Copenhagen, Niels Bohr made him curious about biology. According to Bohr’s principle of complementarity, two methodically different observations of a process, such as experiments, may be mutually exclusive, but still, belong together and complement one another. Bohr was convinced that this argument not only applies to quantum mechanics but is also applicable to the relationship between physics and biology.

Delbruck wanted to pursue this idea. In order to be close to both physically and biologically oriented institutes of the Kaiser Wilhelm Society (today’s Max Planck Society), he decided to become an assistant to the nuclear researcher Lise Meitner in Berlin.

Since many Jewish colleagues were no longer allowed to work in this time, they met in small groups of physicists, biologists, and artists in private circles, often in the family home of Delbruck. From these discussions emerged common experiments and an epoch-making script that laid the foundations of modern genetics: “On the nature of gene mutation and gene structure,” published in 1935.

There was no concept of a gene

The question “What are genes?” was not trivial at the time. Although Gregor Mendel had long ago described the rules of inheritance, Charles Darwin introduced the concept of evolution and Thomas Hunt Morgan showed that genes are located on chromosomes. But there was no tangible concept of the gene.

In this situation, Delbruck met in Berlin-Buch the Russian gene experts and brain researchers Nikolai Timofejeeff-Ressowsky and the radiation biologist Karl Günter Zimmer, who exposed in the laboratories of the Kaiser Wilhelm Institute in Berlin-Buch Taufliegen X-rays and mutations searched.

These three men – two biologists and one physicist – first described the gene as a physical entity, as an ordered “atomic bandage”. Energy input, such as radiation, create breaks in these associations: the mutations. Their quantum-mechanical model of a gene was groundbreaking and an unprecedented, far-reaching proposition that even permitted a size estimation of the gene.

Reproductions of the work circulated worldwide and also inspired the physicist and Nobel laureate Erwin Schrödinger to his book “What is life?” (1944). This book was, in turn, an incentive for James Watson, together with Francis Crick to elucidate the double helix structure of genes, for which both were awarded the 1962 Nobel Prize. A new age in science had begun.

Delbruck left Nazi Germany in 1937 with a research grant from the Rockefeller Foundation and worked in Pasadena at the California Institute of Technology (CalTech). There he also met those colleagues with whom he later received the Nobel Prize: Salvador Luria and Alfred Hershey. They also wanted to explore and quantify the fundamental processes of life.

However, fruit flies were too complex for them to turn instead to the microbes: how do viruses manage to infect unicellular organisms such as bacteria and cause them to produce thousands upon thousands of virus copies? And how do the bacteria resist it?

Step by step, with experiments that are in every (good) textbook today, the three researchers solved the puzzle. Hershey found out that the building instructions for the viruses must be coded in the DNA, because only these get into the bacteria, while the protein envelope of the viruses remains outside.

Luria and Delbruck, on the other hand, showed that among the billions of bacteria in a culture flask, there are usually some that are resistant to the viruses due to a random gene mutation. These bacteria are already adapted to the new environmental conditions before they occur. Fundamental mechanisms of genetics have been elucidated by this work, the Nobel Prize committee justified its decision.

Max Delbruck donated his share of the prize money to Amnesty International. “In my case, I feel that I owe my life as a scientist to the fact that I did not stay in Germany during the Nazi period to participate in resistance in one form or another, many did and paid with their lives in remembrance and as a debt to these prisoners of conscience that I want to support Amnesty International, the search for the truth is a versatile thing, science is one of them. “

Even after the end of National Socialist rule Delbruck never moved back permanently to Germany. He had married in the US and started a family. In 1945 he received American citizenship. Nevertheless, he remained connected to his homeland, he coined the development of molecular biology worldwide, including in Germany.

At the end of the 1950s, he founded the Institute of Genetics at the University of Cologne, ten years later the Biological Faculty at the University of Konstanz. He also kept in touch with Berlin and research in Buch and supported individual GDR researchers by sending them scientific magazines. In this respect, Max Delbruck was an innovator and supporter of the German science system – east and west – after the Second World War.

Against this background, the naming of the Max Delbruck Center for Molecular Medicine was confession and program. Researchers like Max Delbruck have contributed to solutions in one of the most important and complex fields of research for humans and society – health research – with their interdisciplinary basic research and their reductionist models.

In accordance with Delbruck ‘s ideals, the MDC is now conducting interdisciplinary research with systems analysis methods, IT, artificial intelligence and various high-throughput methods in order to then integrate the results at the level of the function of organs and the whole human being. This holistic translational research approach is being translated into practical medicine – prevention, diagnostics, and therapies – at the Berlin Institute for Health Research (BIH) and at the Charite.

[The author is a clinical pharmacologist and was the founding director of the Max Delbruck Center for Molecular Medicine (MDC) Berlin-Buch.]

Berlin is in a state of flux and is preparing to become a globally recognized place of science in the days of Delbruck. And Berlin wants to be a “healthy city”. The strategy of the Charite, for example, is “Together – a Whole” and is intended to strengthen interdisciplinary and inter-structure cooperation with the MDC and other research institutions. The “Global Health” priority of the Berlin University Alliance in the Excellence Initiative also aims for interdisciplinary cooperation.

The Berlin School of Medicine of the 19th century with Virchow, Koch, Behring, Ehrlich, and others was successful because it was open to the then-emerging sciences and technologies. Max Delbruck stands in this tradition. He is a human, political and scientific role model and a pioneer of modern science. Berlin should be proud of this tradition and draw strength from it for the implementation of the strategy and the establishment of the ” Health City Berlin 2030 “. Max Delbruck would be happy. 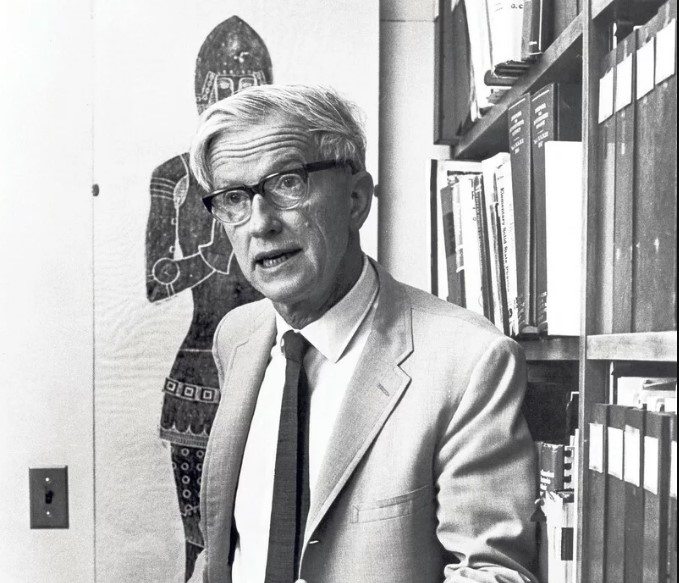