Leak of Carlos Ghosn in Lebanon, New Year celebrations and escalation of violence in Iraq. The week of December 28 in pictures.

Partygoers dressed in mock military uniforms lay eggs as they take part in the battle for “Els Enfarinats” in Ibi, a town in southeast Spain, on December 28. During this 200-year-old traditional festival, participants called Els Enfarinats (those covered by flour), dressed in military clothing, organize a fake coup and fight using flour, eggs and firecrackers to outside the town hall as part of the Day of the Innocents celebrations, the Spanish equivalent of our April 1st.

This photo, taken on December 29 and received on December 30 by the Victoria Department of the Environment, Lands, Water, and Planning (DELWP), shows a helicopter pouring water over a fire in the East Gippsland County. Tourists and firefighters were forced to flee large fires that burned in south-eastern Australia on December 30, as a heatwave rekindled devastating bush fires across the country. At least 20 people have died in Victoria since September and the crisis continues to escalate. Almost 30% of the koalas could have been killed in the state of New South Wales and 5.4 million hectares burned.

This photo taken on December 31 shows a house identified by court documents belonging to the ex-boss of Renault-Nissan Carlos Ghosn in a wealthy district of the Lebanese capital Beirut. The latter fled Japan where he was under house arrest and where his trial was to be held this year for aggravated breach of trust and fraud in his duties as CEO of the Renault-Nissan alliance. A press conference is scheduled to take place on January 8 in Beirut.

People take photos of the fireworks fired over the Arc de Triomphe during New Year celebrations on Avenue des Champs Elysees in Paris on January 1.

Supporters and members of the paramilitary Hashed al-Shaabi besiege the U.S. Embassy in Baghdad, the Iraqi capital, on January 1. Thousands of supporters of Iraqi Shiite militias linked to Iran gathered outside the embassy, outraged by US strikes that killed 25 fighters over the weekend. On January 3, powerful General Ghassem Soleimani, commander of the elite unit of Iranian al-Quds forces, was killed in a strike by the United States on the grounds of Baghdad airport. These events represent a major turning point for the whole region and risk provoking an escalation of violence.

Underwater taxis on a parking lot in Jakarta on January 1. At least 43 people have died after the Indonesian capital was hit by floods, the deadliest in years, following torrential rains during New Year’s night. These rains caused landslides and submerged a large number of wards. A dozen people are still missing. The disaster is the deadliest since the 2013 floods, which left dozens dead in the Indonesian capital.

Somali women chant slogans and hold Somali-written signs that read “More explosions” and “An idiotic criminal is dangerous” as they protest against the jihadist group Chabab (“youth”) affiliated with Al-Qaida operating in Somalia, in Mogadishu, on January 2. Islamist Shabab activists claimed responsibility for the December 28 car bombing that killed 81 people in the Somali capital Mogadishu. 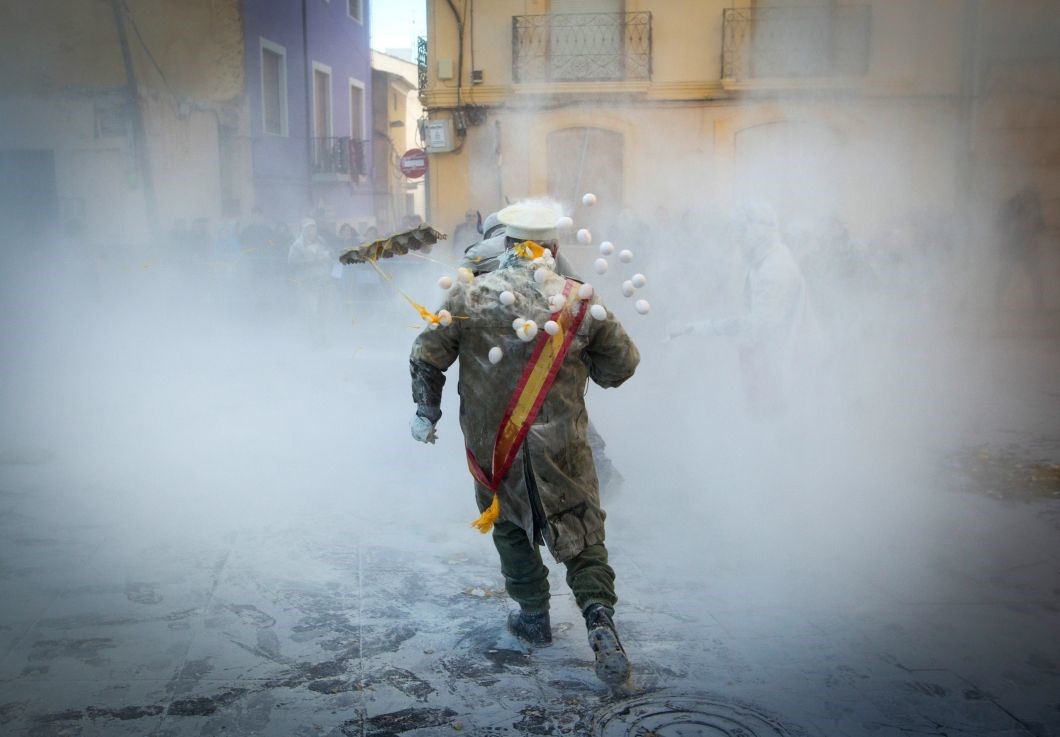