On December 5, North Carolina’s education officials rejected an application for the establishment of the Old Main Stream Academy, a charter school for Indians.

Previously, the North Carolina Charter School Advisory Committee had a 4 to 3 voting result in October, recommending that the state legislature approved the establishment of the school, but later the state lawmaker questioned the school’s textbook “Red Teaching Method: American Original Red Pedagogy: Native American Social and Political Thought (a critical interpretation of the persecution of Indians since the founding of the United States and emphasized the rights of Aboriginal people) led to a request for re-examination in November. Lindalyn Kakadelis, the chairman of the advisory board who was absent from voting in October, criticized the Red Pedagogy, saying “I can’t find anywhere in the book that mentions the greatness of the United States,” and opposes the book “the Marx into the dialectical revolutionary relationship. “

Coincidentally, the U.S. House of Representatives was severely accused of interfering in the internal affairs of the Uyghur Human Rights Policy Act of 2019 on December 3, and Foreign Ministry Spokesperson Hua Chunying reprimanded on December 4: “On the issue of ethnic minorities … Did these American politicians really forget it? The 200-year history of the United States itself is a history of Indians’ blood and tears,” criticizing the United States for “selective forgetting” of the slaughter of Indians. Although North Carolina’s Board of Education member Amy Bannister White claimed that the school was not rejected because of a curriculum issue, from the reaction of opponents, it is clear that there are still many conservative Americans who can hardly look back on the oppression of Indians. A bloody history.

As early as during the colonial period, the colonists of the 13 North American states were not very friendly towards the Indians. Although there are many examples of harmonious relations between the two sides in historical records, they are more shocking conflicts. British historian Victor Kiernan (1913-2009) described the British Puritans who crossed the sea to the “New World”: “Those who study the Old Testament most seriously understand themselves as God’s chosen people, now comes to occupy another “Canaan land”, so it is pleased to believe that the Old World infectious disease that caused the decline in the number of Indians is “God has cleared the way for his people by eliminating pagans.” Even after the independence of the United States, there were still pastors who preached that the Indians were descendants of the Canaanites when they preached, so it was “fully legal” to expel them from their place of origin.

If the Indians were unwilling to yield, the colonists would be happy to let go of their religious conscience. For example, in 1637, a white man launched a massacre of the Connecticut native Pequot (Pequot) and the leading John Mason (1600- (1672) deliberately avoided Pecote soldiers, and picked women, children, old and young, because the deterrent effect was even more terrifying. According to records, Mason killed at least 400 to 600 Pecoots at a certain time when the Indian village was burned. The killer also felt that “the victory of the war seems to be the best sacrifice … Thank God for letting them destroy the enemy so quickly. Brilliant results. “

Such unscrupulous killings could not even stand up to Britain in the end and had to enact laws to protect Indians’ right to live and restrict the expansion of states to Indian settlements, but still could not control the waves of colonists to go to the west to “strand Even George Washington (1732–1799), the first president of the United States, was one of the zealous westwards. Although Washington claims to respect all treaties with the Indians, it insisted on the “civilization” of the Indians and wrote to urge the Cherokee to grow wheat and raise sheep and asked the tribal supervisors to change the original Indians. lifestyle.

But for Indians who are hostile to him, Washington is also relentless. In 1779, he ordered the launch of the “Sullivan Expedition” to revenge the Iroquois Confederacy close to Britain by scorched earth. At least 40 villages were affected.

In addition, there is a change that reflects the true attitude of the United States towards the Indians after independence. It was not until 1849 that the department in charge of Indian affairs was transferred from the army to the newly formed Home Office. As for the reason for the shift, the resistance of the Indians at that time was most difficult, and the advantage of the whites had completely destroyed any hope of the Native Americans.

In 1942, American painters described Indians being forced to “tear the road to tears” by the US military. (WOOLROCK MUSEUM)

Although there are also many whites who oppose the persecution of Indians on humanitarian grounds, the US federal government has issued a series of bills to protect Indians, such as the Northwest Ordinance of 1787 prohibiting the deprivation of Indian land and property; the Indian Trade of 1790 The An Act to Regulate Trade and Intercourse with the Indian Tribes stipulates that only the federal government has the right to contract and negotiate with Indians, and prohibits states from using this to persecute Indians without authorization because some heavily indebted state governments have used The way to seize Indian land is to solve the dilemma; there are also several Nonintercourse Acts to protect Indian land ownership. However, under the economic needs of white people, these bills were either incompletely implemented or ignored, Indians’ living space was constantly being squeezed, and even the federal government that enacted the law joined the squeeze.

For example, the third president of the United States, Thomas Jefferson (1743–1826), continued the “civilized” course in Washington, claiming that Indian “men cultivate a small piece of land and pay less labor than hunting. “Successfully achieved more gains,” but the essence is to give the white lands vacated by the Indians after they changed their jobs to white people, and at the same time to gain the reputation of enlightened aliens, achieving both material and moral benefits.

The seventh president, Andrew Jackson (1767-1835), was even more rude. He once blatantly rebuked the Creek chief: “The United States is a voter of God and they will get all the land in this country In 1830, due to the discovery of gold mines and greed for land, Jackson signed the Indian Removal Act, demanding that Indians in the southeastern United States move to the west of the Mississippi River, and vowed to promise “As long as the grass is growing, As long as the river is flowing, they can always own this land, and I will, as always, shelter them like friends and fathers. ” As a result, thousands of Indians were forced to travel thousands of miles under the threat of bayonet and guns, and there were countless deaths and injuries on the way. This painful process became the Trail of Tears of mourning for many generations. And when the grass hadn’t withered and the river hadn’t dried up, Jackson ’s loving father ’s promise had been thrown out of the clouds, and the Indians lost their homes again. What’s even more ironic is that there are still historians like Francis Paul Prucha (1921-2015), who also praised Jackson for his good faith and sincere concern for the well-being of the Indians, which caused considerable controversy.

In 1892, the Indian Shoshone were embarrassed in the reserve. (Wikipedia public domain)

Compared to blacks who won the Civil Rights Act of 1964, Indians were as late as the Indian Civil Rights Act of 1968 and the Indian Self-Determination and Education Assistance Act of 1975 (Indian Self-Determination and Education Assistance Act of 1975) and the American Indian Religious Freedom Act of 1978 before obtaining full citizenship guaranteed by the United States Constitution. Before that, many states also excused Indian People do not adopt “civilized life” and pay taxes and refuse to grant voting rights. To this day, Indians still receive far less public attention and resources than other ethnic minorities.

Therefore, the justice of the law cannot bring about the same survival justice of the Indians. Under the market-oriented thinking, the US federal and state governments have not vigorously built a barren Indian reserve, and private enterprises are unwilling to invest in the local area because they are not profitable. This has led to a lack of food, electricity, fuel, water, and medicine in Indian Reservations, which has led to high unemployment, crime and mortality. However, the US government, which has always advertised democracy and human rights first, seems unwilling to face up to the sufferings of these ancestors. The Indians have thus become less important footnotes in the myth of the founding of the nation, or serve as racial models for “noble barbarians”, The market has been reduced to the source of mysterious totems and fashion. For example, in 1991, the film “Dances with Wolves”, which described the Indian Sioux in a positive way, won many awards such as the best film, the best director, the best photography, the best-adapted screenplay, etc. Behind the golden trophy actor and fame and fortune actor, there are still a large number of Indians struggling on the poverty line, which is a strong irony.

Therefore, when the United States cares for the human rights of minorities, when looking at the other side of the Pacific Ocean, it should also examine the 6.79 million Indians in its own country. The unfair treatment they suffered in history, the current economic suffering, and political rights Most should be faced with and promoted. Otherwise, when the U.S. state lawmakers questioned that charter school textbooks do not teach “the greatness of the United States,” how can we ignore it? 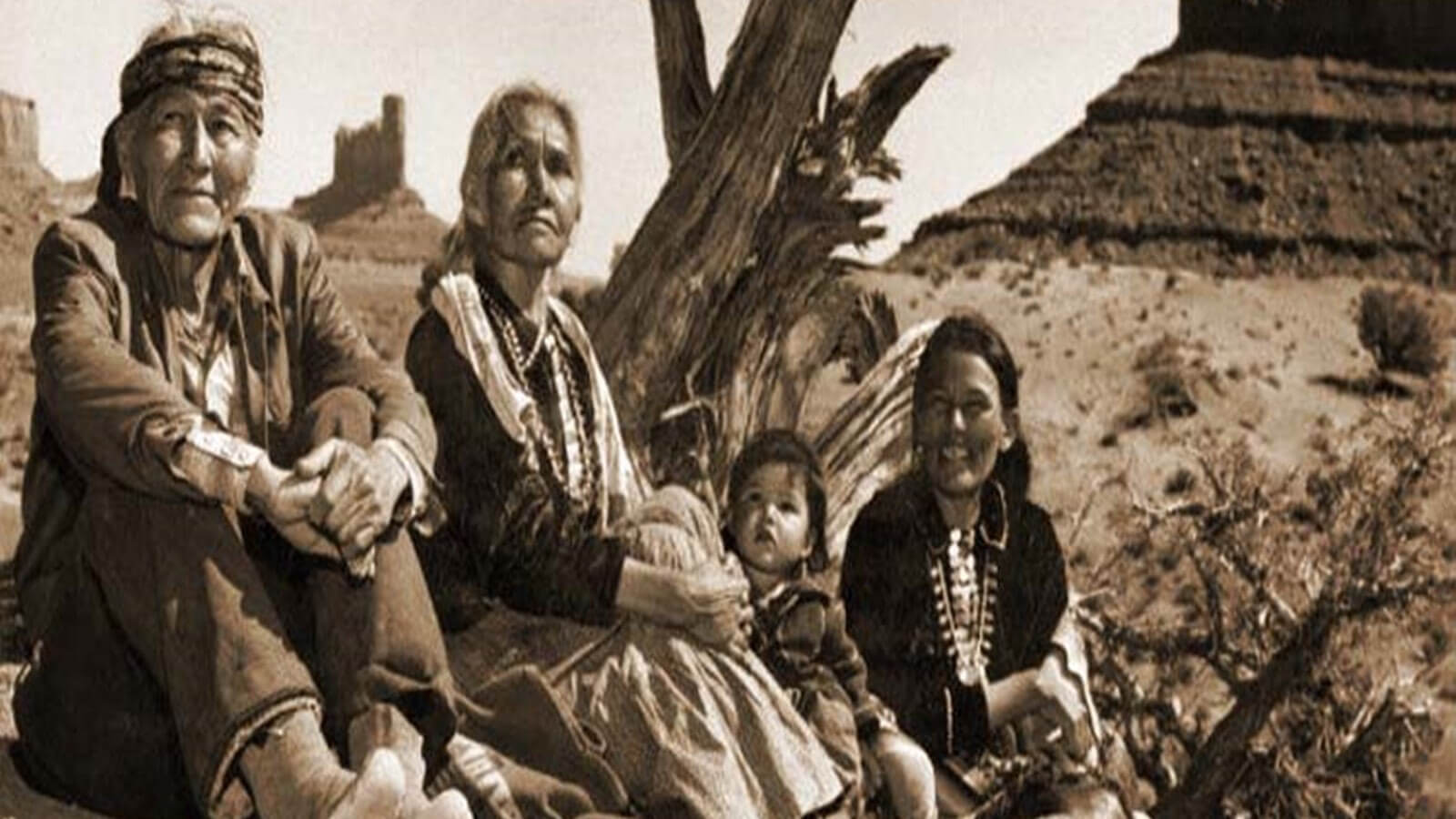